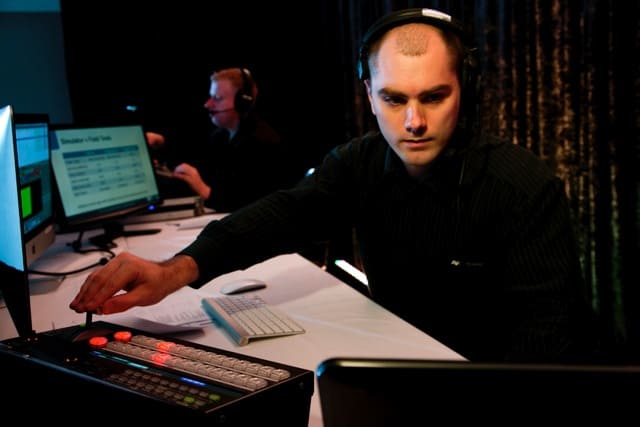 But there is more to Joe Reichle. First and foremost he loves his sport! He was born and raised in Iowa, USA and was a talented runner back in High School. These days he is a very passionate supporter of the Hawkeye Football and Basketball Teams (University of Iowa) and loves all of the professional Chicago sports teams, namely Cubs, Bulls and Bears.

Joe now calls Perth his home after being lured to the sunny beaches of Western Australia by his wife, Lisa. They met whilst she was holidaying in the USA and after a four year relationship they were married.

AVPartners is delighted Joe is part of their team as he has many years experience in the audiovisual industry and is well respected by both clients and colleagues.

The highlight of Joe’s career thus far was being part of the audiovisual team when YES performed at the Perth Convention and Exhibition Centre. Joe grew up listening to their music so he was thrilled to be a part of it!

We asked Joe what he loves most about his role as Technical Director and his answer was simply ‘he receives great satisfaction when he is able to bring someone’s vision and dream to life’.